FlipaClip Featured as part of the Best of 2019 on the Apple App Store!​ 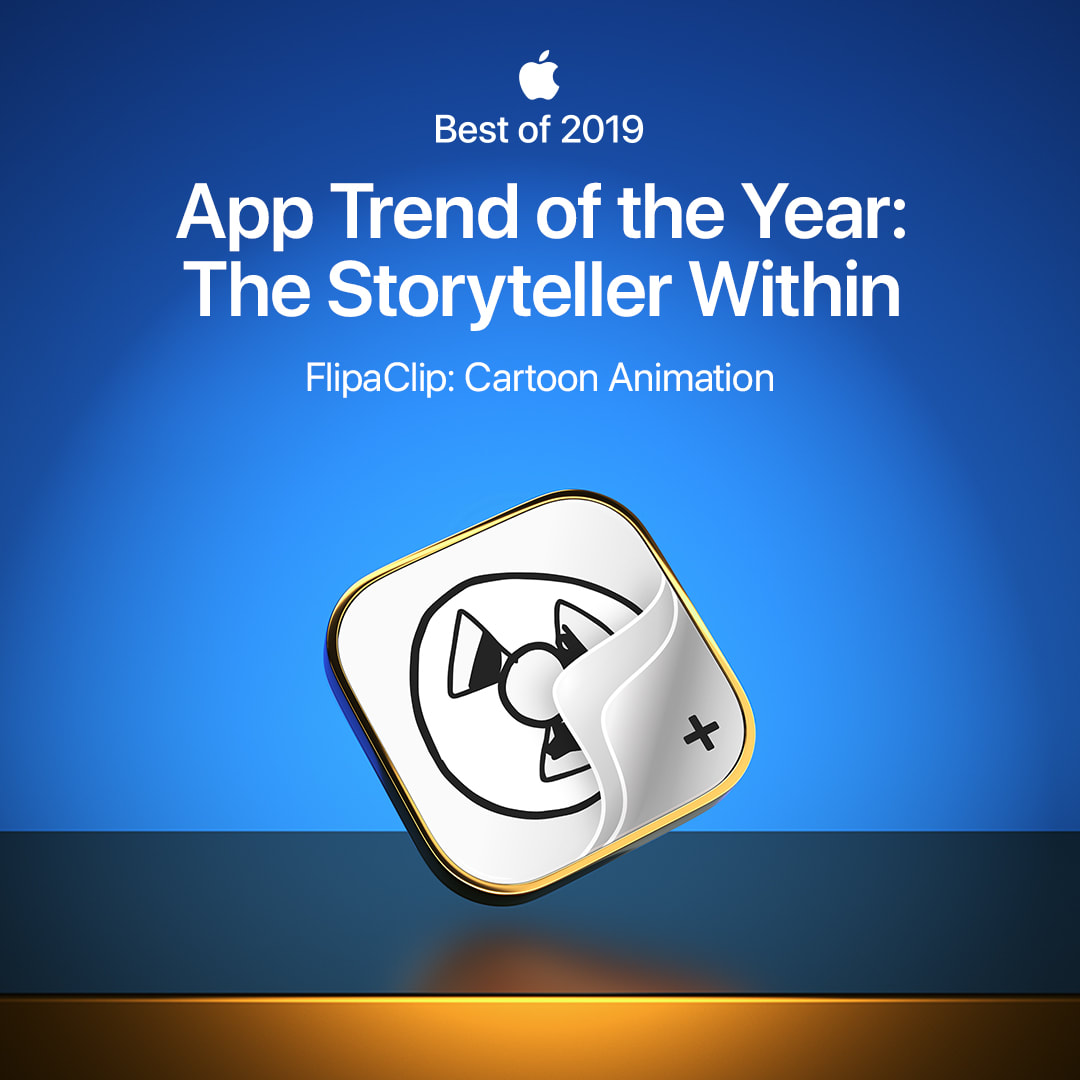 Headline: FlipaClip featured as part of the Best of 2019 on the Apple app store.

Lead: FlipaClip joined an elite list of developers being included as a trending app for 2019.  Apple’s Best of 2019 awards were presented on December 2, 2019 and FlipaClip was presented with this amazing honor among the hundreds and thousands of Apps on the App Store.

We all draw, even if it’s on the back of a napkin! Remember when you were a child and were just given a new box of crayons.  Everything was your canvas. This simple idea was the start of something special. How could we make drawing and animation approachable to the next generation and meet them on the devices they were already using? FlipaClip hoped to take drawing and animation to the next level. The brothers Jonathan, Marcos and Timoteo Mesón created FlipaClip in 2009. Throughout the years, Animators have discovered and readily joined the community created by FlipaClip. On Monday, December 2, the app was recognized as the “App Trend of the Year”  in New York, NY.
About the winner:

Today it has millions of cartoonists and animators who share their work online and has more than 208,000 subscribers on YouTube and 40,000 followers on Instagram. The success of this app is, without a doubt, the intersection between drawing professionals who use it as a platform to publicize their work and those just starting on their animation journey.

FlipaClip is used for sketching, storyboarding, animating or learning. It provides the best drawing and animating experience. The simple and intuitive controls are easy to learn and powerful enough to bring anyone’s ideas to life!

By 2020, the Mesón brothers have several expansion plans. Beyond recognition, for them, the key is not to fall asleep in success but keep working.
This places them among the best developers in the world.

FlipaClip is available to download for free on both Apple App Store and Google Play.
Find Apple Best of 2019 Online:
https://developer.apple.com/app-store/best-of-2019/#trends

About the Apple Best of 2019, Apps of the Year:
Great apps provide intuitive new ways for people to learn, create, and accomplish. The App of the Year sets the bar for them all. We celebrate this year’s selects — and the developers behind them — for their innovation and exceptional design.